The Town Of Books

RJ Joinery are based in Hay-On-Wye, generally abbreviated to just 'Hay'. Hay is a small market town and community in Powys, Wales, situated on the English border. The town, often described as 'the town of books' plays host to an annual leading literary festival, known as 'Hay Festival' and is a member of the International Organisation of Book Towns. Home to a large number of used book and antiquarian book stores and Hay Festival - the town lures bibliophile tourists from all over the world.

Founded in 1987, set in Hay-On-Wye in the stunning beauty of the Brecon Beacons. For 10 days, Hay is full of stories, ideas, laughter and music! The festival continues to attract the most exciting comedians, politicians and musicians to inspire, delight and entertain the crowds.

For the 2015 festival, we were lucky enough to be involved in making the 'Hollywood' style letters in the photograph above, which proved very popular with the festival go-ers.

The Clock Tower in Hay-On-Wye stands on the corner of Lion Street and Belmont Road/Broad Street. The Victorian Gothic tower, built in 1884, was designed by the architect J. C Haddon and with its bellcote, and pointed roof it is remarkably similar to the clock Tower in Knighton.

There are many walks criss-crossing the border landscape in the vicinity of Hay-On-Wye, with winding country lanes leading to quaint villages with churches and steeple. A pub on the river bank, a red telephone box in the town square. It could be argued that Hay not only favours book lovers but it is also the Mecca for walkers. Two of Wales prime trails meet up in Hay-On-Wye: the Offa's Dyke and the Wye Valley Walk. 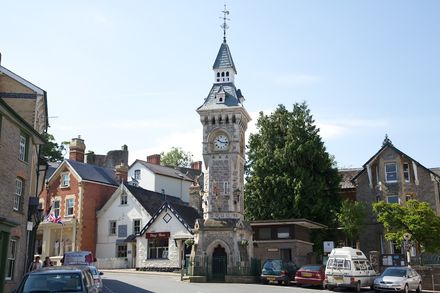 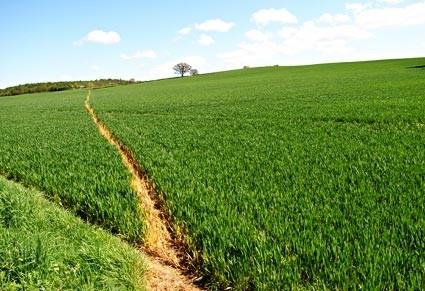